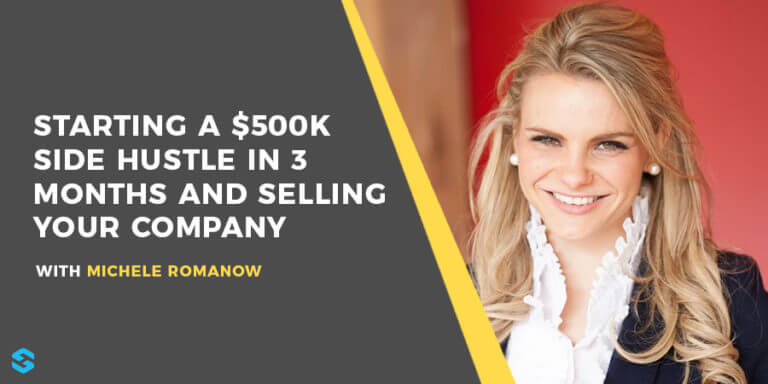 In today’s episode, we’re talking to Michele Romanow, a seasoned entrepreneur who grew her side hustle in the daily deals space to more than $500,000 in revenue in just 3 months (!!!).

She’d later go on to acquire 10 of her competitors in this industry and sell the company to Groupon for an undisclosed amount. Now, Michele is a judge and investor on the massively popular tv show, Dragon’s Den, which is Canada’s equivalent to the hit show Shark Tank.

[spp-timestamp time=”02:10″] We start off by finding out what book Michele is reading at the moment (Grinding It Out by Ray Croc).
04:31 How she got started in business and her very first side hustle.
05:40 She dives into her foray in the caviar business.
06:53 How she got her first paying customer for the business.
09:12 The role she played in that business.
[spp-timestamp time=”10:43″] Her advice for anyone looking to start a business with friends, colleagues or co-workers etc.
13:26 Her next venture after closing down the caviar business.
15:34 Closing $10,000 in deals at her first trade show with just a landing page & how she positioned her app to vendors at that show.
16:21 She goes into more detail on the early stages of Buytopia
[spp-timestamp time=”17:38″] The point she decided to quit her day job and start working on Buytopia full-time.
18:44 The most difficult sacrifices she had to make after committing to Buytopia full time.
20:08 The later stages of Buytopia before it was sold to Groupon.
22:18 How she was able to broker deals for her new app with major companies like Coca-Cola.
[spp-timestamp time=”24:17″] Her advice on how to have more effective cold pitches.
28:31 What she did next after selling Buytopia to Groupon.
[spp-timestamp time=”29:48″] What’s she’s currently doing at Clearbanc.
30:20 Her most effective channel for getting new users and testing out the product.
32:04 How she became a judge on the show, Dragon’s Den.
33:47 Advice for listeners who are seeking investor funding.
39:28 The number one thing you should focus on if you’re looking to start a side hustle.
[spp-timestamp time=”41:55″] Her recommendations on how to overcome the fear of failure & just getting started.
43:35 She gives her best piece of advice for getting your first 100 customers.

"Take risks and learn to build a business as soon as you can." @micheleromanow #SideHustleProject
Click To Tweet

Grinding It Out by Ray Crock 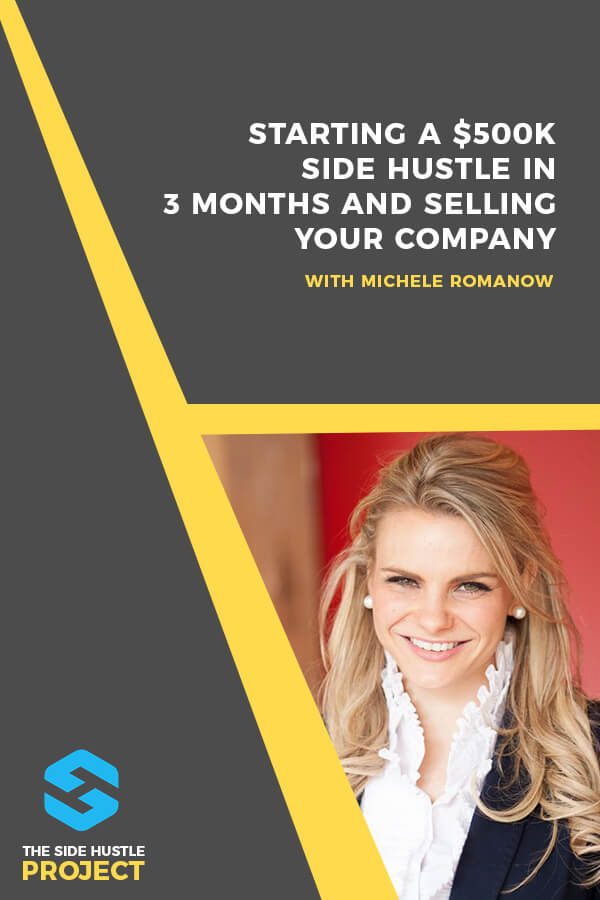 6 replies to “#3: Starting a $500k Side Hustle in 3 Months and Selling Your Company with Michele Romanow”