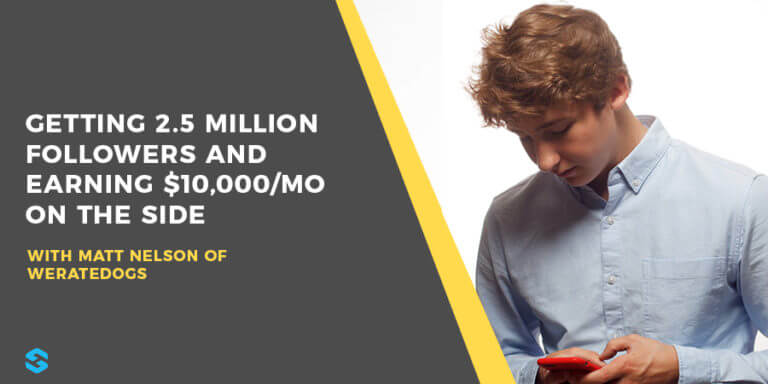 In this episode, we’re chatting with Matt Nelson, the creator behind WeRateDogs—the twitter sensation @dog_rates, that has more than 2.8 million followers (and his own book, WeRateDogs: The Most Hilarious and Adorable Pups You’ve Ever Seen).

The account shares images of cute dogs with a rating on a scale of 1-to-10… although just about every dog gets a rating above 10… because, well… Matt believes dogs are pretty great.

At 20 years of age, he just finished his sophomore year of college and he’s juggling this side hustle he started a year and half ago—with a full course load and internship. Dude has some serious marketing skills.

And, Matt’s monetizing his audience—over the past four months, he’s generated $50,000 in revenue—largely from the sale of merchandise from his website, weratedogs.com.

[03:00] We start off by finding out what Matt’s reading at the moment.
[04:28] How he figured out his passion and started his account.
[09:21] What motivated him to pursue WeRateDogs despite against all convention.
[12:30] How he was able to create a website, merchandise, an iPhone application, and get a book deal out of this Twitter account.
[15:20] How he successfully monetizes WeRateDogs and his other channels—earning more than $10,000/mo on average.
[24:17] Matt talks about his average revenue from products on his website’s store.
[32:43] How he created and monetized an epic political tweet from President Trump (and got into hot water with followers).
[39:47] He gives a powerful piece of advice on how you can overcome the hesitations of starting your own side hustle.
[40:41] What sacrifices he had to make in order to create enough time and keep WeRateDogs in the best shape.
[42:18] And finally, Matt talks about how he got his first 1,000 followers on Twitter and how you can get yours too.

Everyone’s a Alien When Ur a Alien Too: A Book by Jomny Sun

WeRateDogs (the book) by Matt Nelson 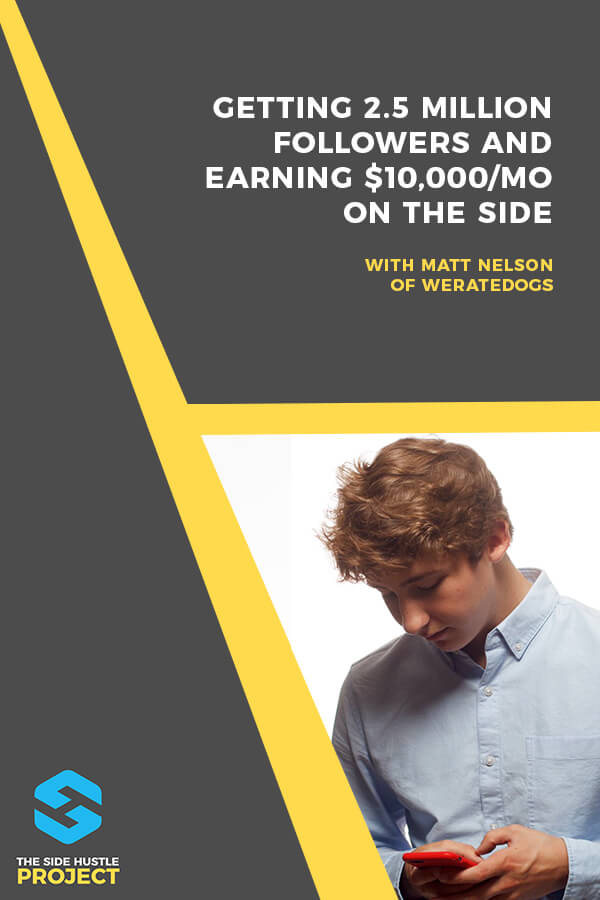 8 replies to “#11: Getting 2.8 Million Followers And Earning $10,000/mo On The Side With WeRateDogs Creator Matt Nelson”