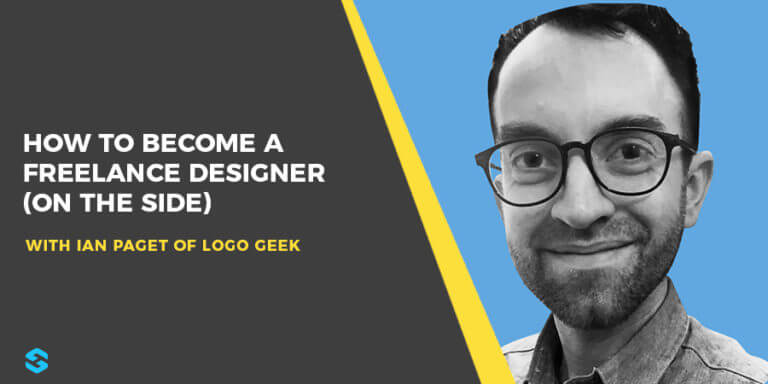 Also known as the Logo Geek, Ian’s built an incredible personal brand for himself (including 86,000 Twitter followers) and because of that, he’s been a judge on logo design competitions, he’s been interviewed by BBC’s Radio One, and much more.

Ian now earns an average of $5,000/mo as a freelance designer, taking on mostly logo designs on the side of his day job, and the best part is that 99% of his clients come to him. We’re talking about how he’s managed to make that happen, including his journey starting a blog and growing it into the thousands of monthly readers.

Ian will tell you, choosing to become a freelance designer is the easy part—putting in the work to build your skills and perfect your craft is where the rubber hits the pavement.

However, Ian will also be the first to tell you that learning to become a freelance designer over a matter of just a few short months is a doable goal, especially if you’re taking on side projects that get you paid while building your abilities.

[02:50] Ian talks about the book that influences and inspires him.
[04:15] The beginning of his career and starting to freelance as the “Logo Geek.”
[10:38] His tactical advice on how to swing a part-time relationship with your full time job.
[13:01] How long he’s been doing graphic design.
[19:10] How he bases value on his projects.
[20:39] His side hustle routine, schedule and how he manages his social media accounts.
[31:01] How he built a Twitter following of more than 86,000, including a ridiculously simple growth hack he used to get 8,000 followers in his first 3 months.
[35:58] Interesting opportunities that came out from his Twitter following.
[44:16] He emphasizes the importance of being active on your social media accounts.
[46:14] His best piece of advice on for anyone looking to start a side hustle.
[47:14] What sacrifices he’s had to make to create enough time for his side hustle.
[48:39] The best investment he’s made for his side hustle.

Ryan’s breakdown of the 55 Best Work From Home Jobs 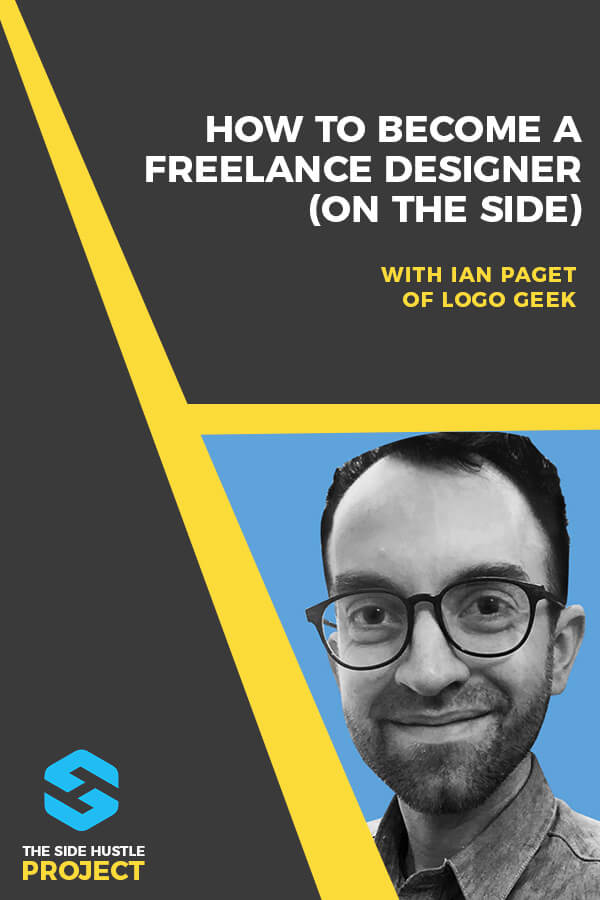 Here’s another image I put together for those of you who love Pinterest, and want to share Ian’s interview about how to become a freelance designer on the side of your day job 😊

9 replies to “#16: How to Become a Freelance Designer (on the Side) and Build a Personal Brand with Logo Designer Ian Paget”