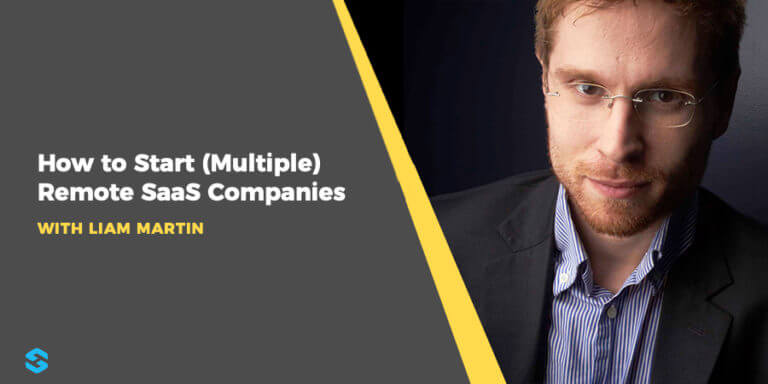 In today’s episode, we’re talking to Liam Martin, the serial entrepreneur who runs both Time Doctor and Staff.com—two of the most popular time tracking and productivity software platforms in use by top brands today.

Even more exciting, both companies were founded as remote-first organizations, meaning that they have no physical location, allowing employees to get a remote job and work from anywhere in the world. This focus has led Liam and his team to organizing a conference called Running Remote—the largest live event about scaling a remote business.

Originally from Canada, Liam grew up playing hockey and eventually made his way into competitive ice dancing where he became an internationally ranked skater.

After trading in his skates for a stack of books, Liam went on to get his masters degree in Sociology, where he studied society, human interactions and developed a strong understanding for the way people think and operate.

It was shortly after finishing up his studies that Liam began working on Time Doctor, which now serves more than 83,000 customers today—including companies like Apple, Verizon, PWC and more.

2 replies to “#102: How to Start (Multiple) Remote SaaS Companies with Liam Martin of Time Doctor”