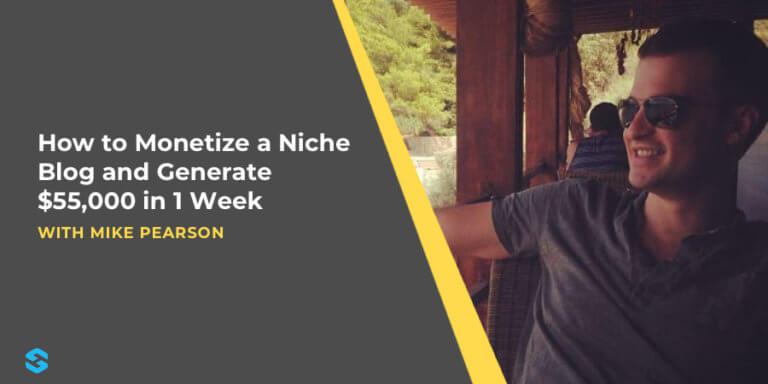 In today’s episode, we’re talking to Mike Pearson, who’s started multiple different side businesses over the years, ranging from an Amazon Affiliate blog that earned $200,000 in commissions, to his current side business—a blog and course called Stupid Simple SEO that generated more than $55,000 during its launch just a couple of months ago.

Originally from Connecticut, Mike moved to New York City where he still holds a six-figure day job that keeps the bills paid while experimenting on different side projects and it wasn’t until just last year that Mike started tinkering with the idea of teaching all of the SEO skills he’d built through his seven years of blogging.

And the best part? He validated the idea for his SEO course by spending a couple of months answering questions in a blogging Facebook Group about how SEO works and how to implement the basics of it for bloggers that led to the start of his blog, growing an email list, and soon the release of his first paid course launch.

Mike is still in semi-stealth mode on his side business & doesn’t want to share his social media channels just yet!