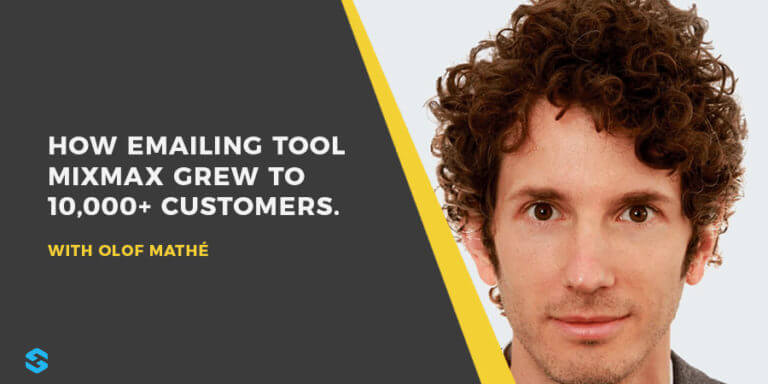 In today’s episode, we’re talking to Olof Mathé, the co-founder and CEO at Mixmax, a suite of email-centric tools including email tracking, one-click meeting scheduling, interactive surveys, and more—that are designed to help you be more effective with your outbound emails.

Having spent much of his time growing up in Sweden, Olof came back to the U.S. as a young adult and worked at McKinsey, the famed business consulting group. Eventually, he made the move to San Francisco to immerse himself in the world of technology and took a job working at Skype where he worked as a product manager.

"When you do something that is memorable, people will talk about it." @olofster @mixmax
Click To Tweet

After a couple of years, he left to build a startup called Inkling Habitat, which created a product that was like Google Docs for publishing companies (before Google Docs existed).

Eventually, in 2014, Olof left that company to found Mixmax and begin working full-time on what was the solution to a problem he and his co-founders had been wanting to build for a long time—making business email easier and more user-friendly.

The Conquistadors: A Very Short Introduction