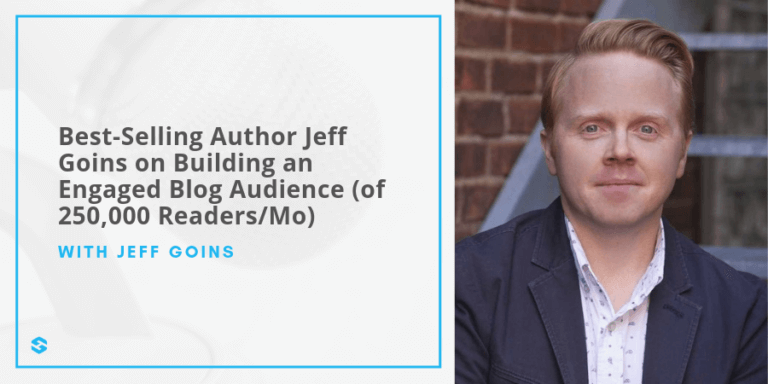 In today’s episode, we’re talking to Jeff Goins, the blogger and best-selling author of five books including The Art of Work and Real Artists Don’t Starve. Originally from the Chicago suburbs, Jeff grew up with two hard-working parents that instilled in him the value of what it means to put a lot of effort and care into your career.

And from an early age, Jeff found himself gravitating towards writing as a skill & hobby he wanted to dedicate more time to… In college, he studied both Religion and the Spanish language – which would send him down the path of working with several Christian organizations and even touring the US for a year, playing gigs as a member in a Christian band.

"The biggest source of traffic for my first couple years was other people's blogs through guest blogging." @JeffGoins
Click To Tweet

It was at this time in the mid 2000s, that Jeff realized his passion for music wasn’t as strongly held as he once believed it to be… what he did enjoy, however, was writing the regular blog updates on how his band’s journey was going. At the encouragement of friends, family and co-workers, Jeff really zeroed in on writing as a regular practice, which turned into a series of blogs (including an impressive guest blogging campaign) and eventually the books he’s now widely known for.

"Guest posting was the best thing that I did for the growth of my blog." @JeffGoins
Click To Tweet 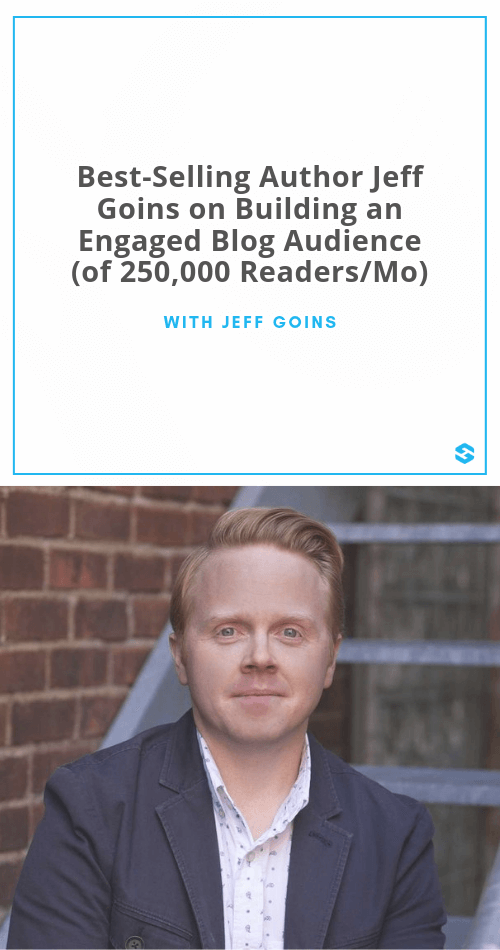