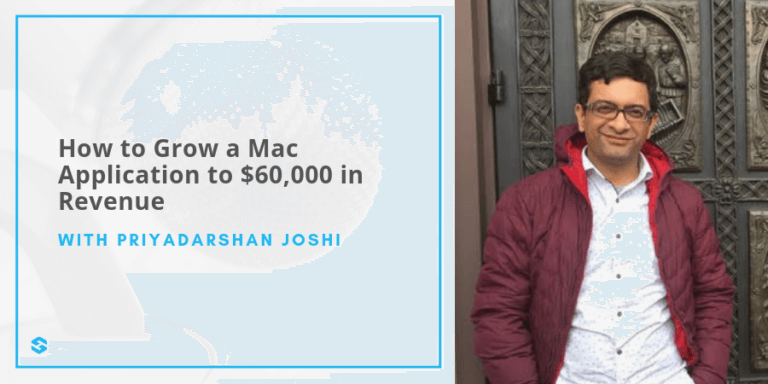 In today’s episode, we’re talking to Priyadarshan Joshi aka PD, who’s a software developer by trade with an affinity for side projects—including a Mac application called Split Screen that he bought for $1,000 and has since grown to over $60,000 in revenue.

Since PD’s earliest days when he learning how to use Windows 95 at home outside of Mumbai, India, he’s had a deep fascination with computers that led to studying engineering in university, where he worked on his first side project—building software for Internet Cafe’s to use for managing their business.

While that product didn’t quite get off the ground, it taught him valuable lessons about the time and effort that needed to go into building a product that’d actually be useful to customers.

After graduating from school, PD went into technical support where he quickly learned that the full-time job lifestyle wasn’t going to be for him. He spent some time living and working in New York City, where he side hustled by drop shipping cameras on eBay and began testing his way into building software both for himself and as a consultant (through his company Upnexo) for other brands. That all led to eventually acquiring his first Mac application, Split Screen.

"Listening to podcasts has been the best investment I've ever made in growing my business." @priyadarshanj
Click To Tweet