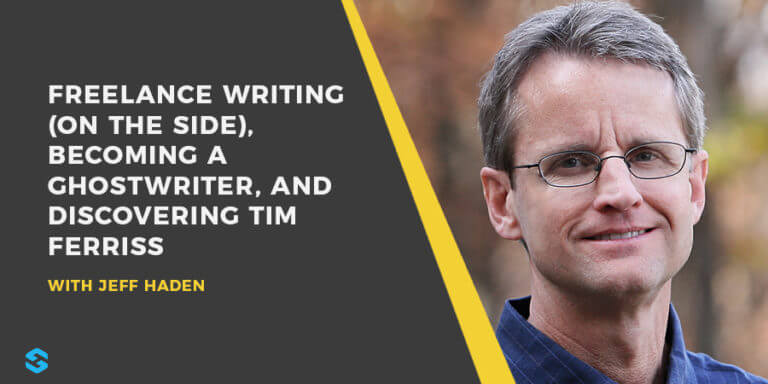 In today’s episode, we’re talking to Jeff Haden, a contributing editor at Inc Magazine, ghostwriter to some of the world’s top CEOs & entrepreneurs, speaker, and author of his own upcoming business book, The Motivation Myth.

This interview was very special to me. Jeff was the first person to publish my work somewhere other than just my own blog & the blogs of startups I knew back when I was just getting started as a freelance writer, myself.

He took an article I wrote for the Buffer Blog on finding meaningful work and published it to his column on Inc Magazine, which served as the catalyst for me being able to grab columns on the other major publications afterward.

In many ways, Jeff is where my journey into freelance writing really took off.

"Keep your full-time job and work on your side gig until it proves itself out." @jeff_haden
Click To Tweet

After spending more than 20 years rising up through management at a book manufacturing plant, he started to get bored with his work and wanted something more meaningful. Jeff began freelance writing on the side of his day job.

"The style="font-weight: 400;">uality of what you write is always going to come first." @jeff_haden
Click To Tweet

After a few years of stoking the fire with this side hustle, his writing career began to take off. He’d go on to become a highly sought-after ghostwriter to some of the world’s most recognizable CEO’s and business leaders who wanted to write books.

Jeff built relationships with editors at several online publications and eventually found himself being a contributing editor to Inc Magazine.

[02:28] What book Jeff is reading at the moment.
[03:36] Jeff talks about his very first job.
[04:55] He also talks about his first side hustle.
[06:23] Why he doesn’t recommend leaving your full-time job to focus on your side hustle.
[08:40] How long he’s worked for low paying jobs.
[10:50] How he got into ghostwriting jobs for some of the world’s top CEOs and entrepreneurs.
[12:34] Why you shouldn’t try to write like a writer.
[13:46] His best advice to aspiring writers on how to strike a balance between improving your craft and promoting your work.
[15:30] How he started and became a contributing editor at Inc.
[18:56] How much should writers expect to earn per month based on page views.
[20:03] He dives into the business side of ghostwriting.
[22:03] He recounts the number of books he has ghostwritten in the last couple of years.
[23:59] An overview of his upcoming book.
[25:47] His best piece of advice on how to conquer your fear of starting a side hustle.
[26:41] The sacrifices he’s made for his business.
[27:53] He shares his lists of failures he’s had in his writing career.
[29:26] The best investment he’s made in growing his writing practice.
[30:57] An interesting story about Tim Ferriss.

"Credit doesn't pay the bills, getting paid for good work is what matters." @jeff_haden
Click To Tweet

So Good They Can’t Ignore You by Cal Newport 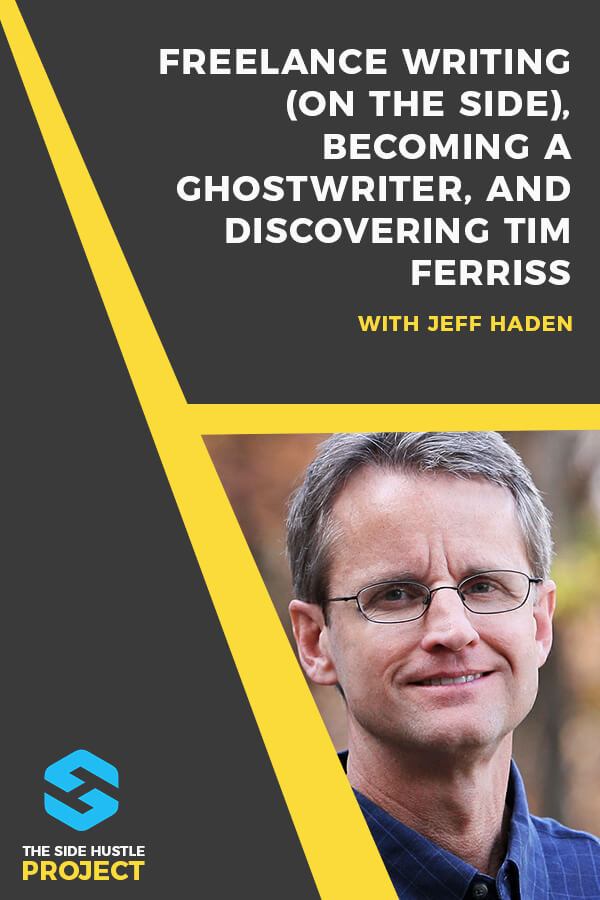