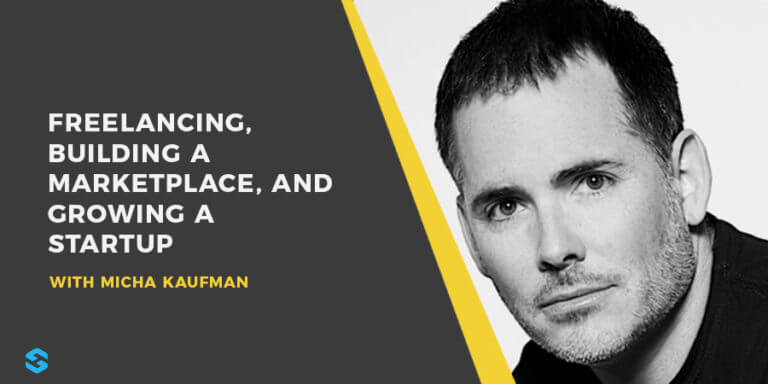 In today’s episode, we’re talking to Micha Kaufman, the Founder, and CEO at Fiverr—the world’s largest and fastest growing freelance marketplace, built around the concept of hiring people to complete short-term gigs for you.

Most of you are familiar with Fiverr. They originally got started back in 2010 before freelancing really exploded onto the scene as such an attractive career path for millennials, in particular.

Fiverr’s famous for originally starting out by encouraging freelancers to offer their most basic service at just $5 dollars, and to use more premium add-ons as a way to increase their project values.

"If we can make buying a service as simple as buying on Amazon, we’re done!" @michakaufman
Click To Tweet

Because of how simple the concept was, and the speed at which you can hire help—as Micha says, “Making hiring freelancers as easy as buying on Amazon,” the business pretty much instantly exploded in popularity.

Before starting Fiverr, Micha was already a serial entrepreneur, having started three previous technology companies and Fiverr was born as an experiment—an attempt to solve the problem of quickly hiring talented freelance help within his own businesses.

Way of Kings by Brandon Sanderson

8 replies to “#33: Fiverr CEO Micha Kaufman on Freelancing, Building a Marketplace, and Growing a Startup”