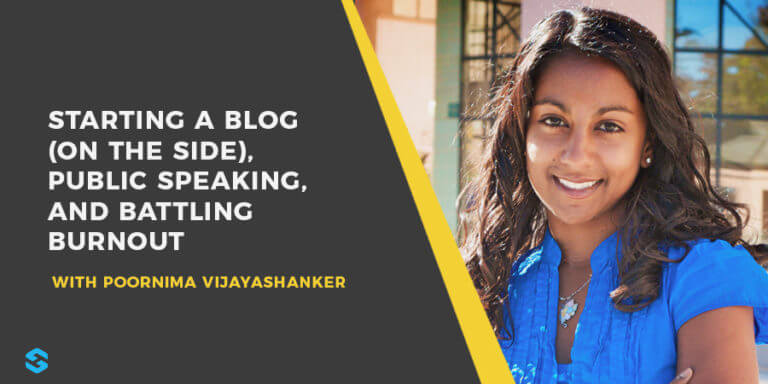 In today’s episode, we’re talking to Poornima Vijayashanker, who started her career as a founding engineer at Mint—the personal finance app that’d go on to be acquired by Intuit in 2009 for $170 Million dollars.

Starting a Blog (on the Side), Public Speaking, and Battling Burnout with @poornima @femgineer
Click To Tweet

As one of Mint’s first engineers, Poornima had a huge influence on building the product and growing it with her college friend and founder, Aaron Patzer. As the daughter of an engineer, Poornima began learning to code at a young age—and was a very early adopter of the internet back when it was brand new.

During her time working at Mint, Poornima was one of just a small number of women who were vocal in the tech world. She started speaking, advocating for women in tech, and in 2007 she started her blog, called Femgineer.

Her blog began as a side project, starting with the goal of sharing lessons learned to help to build Mint, capturing all of her experiences as a woman in tech, and offering up actionable educational content for her readers that wanted to become developers, themselves.

Now, Femgineer has grown into so much more—free resources, courses, books, videos, and her own podcast called Build.

[02:21] What book Poornima is reading at the moment.
[04:24] What Poornima was like as a kid.
[07:03] Her early days and how she got interested in technology.
[08:06] Why she never planned to work in the tech world after school.
[09:45] Her first job after graduating college.
[10:45] When she joined Mint and why.
[13:20] What it felt like working at Mint.
[17:48] The early days of Femgineer and how she built it into a business while working at Mint.
[21:07] How she envisioned Femgineer to be and what made her shift gears.
[23:11] Why she decided to leave Mint.
[26:37] How creative burnout played a role in her career.
[29:31] Her tactical strategies for recovering from early signs of creative burnout.
[32:27] Her best piece of advice on how to get your first 100 subscribers, leads, or potential customers.
[35:20] The most difficult challenge she faced while growing Femgineer.
[38:22] The best investment she has ever made in growing her business. 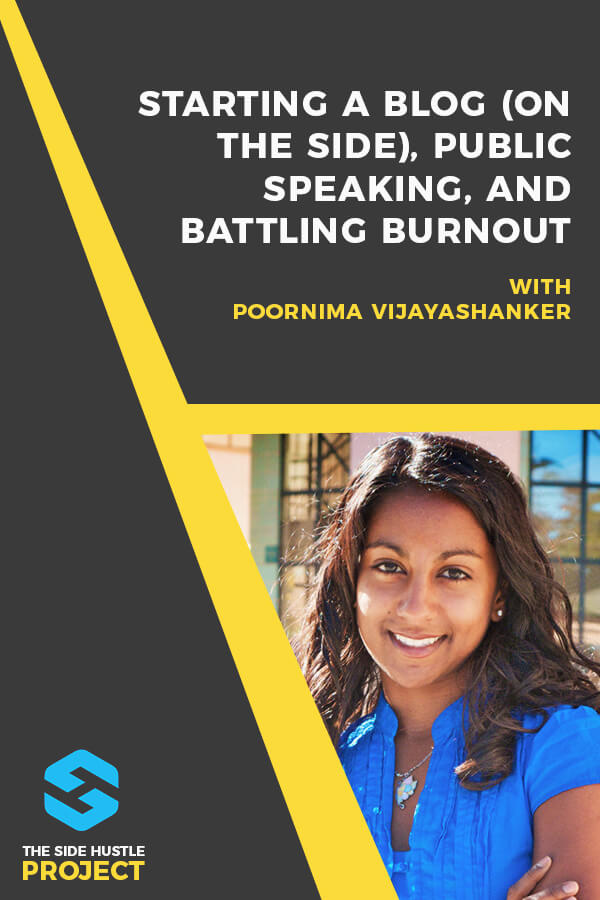