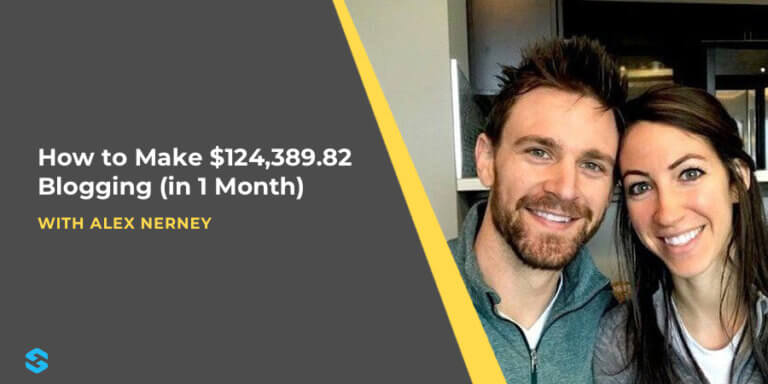 In today’s episode, we’re talking to Alex Nerney, one half of the couple behind the massively popular blog, Create and Go, which he started as a side project together with his partner, Lauren, after meeting each other back in 2014.

Originally from Arlington, Texas, Alex started experimenting in the world of entrepreneurship with a college business plan he put together for a social network designed for fitness enthusiasts.

"Avocadu was just an idea we had. Hard work and experimentation is what grew it." @alexnerney
Click To Tweet

When that idea failed to get off the ground, Alex began working as a personal trainer after graduating from school and it was shortly after that when one fateful swipe right led him to meet Lauren.

Together, they began experimenting with blogging on the side of their day jobs and eventually launched their first site that’d go on to become successful called—Avocadu—where they began sharing content related to nutrition, fitness, and weight loss.

It was a slow build, but they eventually hit the $40,000/mo mark in revenue and began diversifying their business by launching Create and Go, which now generates well over $100,000/mo from a combination of course sales, affiliate revenue and more.