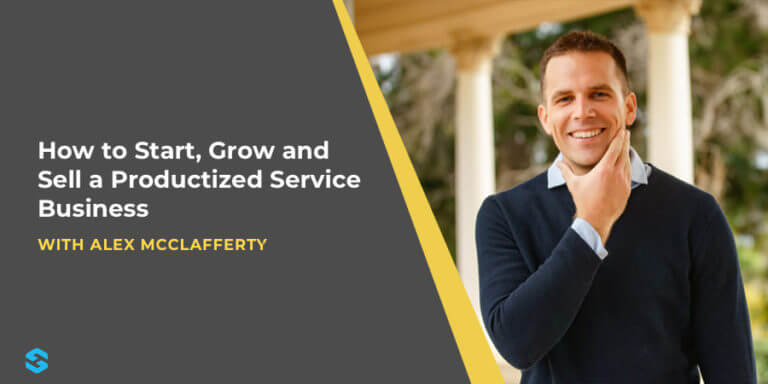 How to Start, Grow and Sell a Productized Service Business with WPCurve's Alex McClafferty
Click To Tweet

Back in 2013 Alex co-founded WPCurve, the premium WordPress support business that grew to over $1 Million in ARR (annual recurring revenue) before selling the company to GoDaddy in 2016. Originally from Australia, Alex grew up in a small town and made his way to University where he began hustling and trying out different career paths.

This led him to work at a train station, in construction, and even as a financial planner at the time of the last economic meltdown. After losing his job in finance, Alex landed at a call center where he built his chops at direct selling and cold calling before moving up to manage a team there.

"The best investment I've made was taking a course on growing a business." - Alex McClafferty
Click To Tweet

It wasn’t until Alex found himself moving to the US, waiting on his visa paperwork to clear up before he could officially start working a normal job, that he got connected to Dan Norris, who’d become his partner in growing WPCurve for the years to come.

1 reply to “#108: How to Start, Grow and Sell a Productized Service Business with WPCurve’s Alex McClafferty”